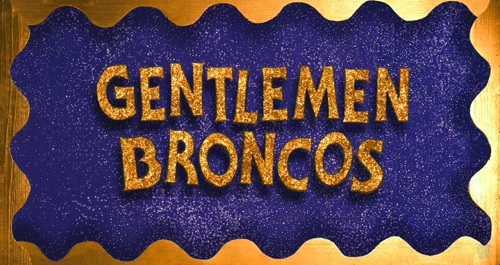 I saw this trailer the other day on the apple website… I’m a pretty big fan of Napoleon Dynamite and Nacho Libré so i had to check it out.

Another bit that caught my attention was the fact that Jemaine Clement(Flight of the Conchords, Eagle vs Shark) has a role in the film. After reading the synopsis of the film my interest was peaked.

Benjamin (Michael Angarano), home-schooled by his eccentric mother (Jennifer Coolidge), is a loveable loner whose passion for writing leads him on an offbeat and hilarious journey as his story first gets ripped off by the legendary fantasy novelist, Ronald Chevalier (Jemaine Clement) and then is adapted into a disastrous movie by the small town’s most prolific homespun filmmaker.

The movie looks like more of the same quirky comedy we’ve all come to expect from Mr. Hess. I’m really looking forward to it!

Check out the trailer!!!